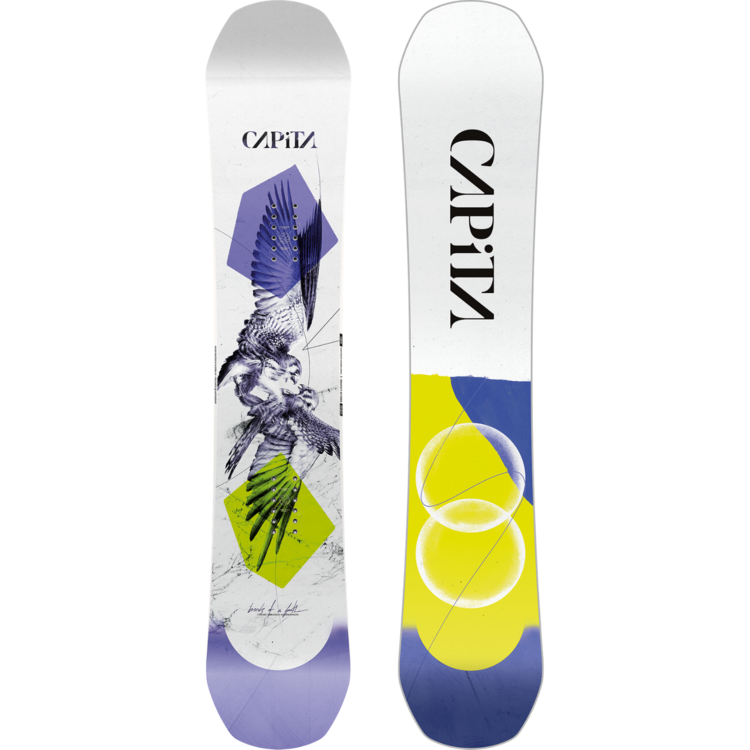 A technical dead ringer of the best-selling D.O.A. series, the Birds of a Feather offers all the performance of one of the most sought-after snowboards in the world replicated into flex patterns and geometric sizing to meet women's riding requests. This snowboard is so damn fun that the do-anything, go-anywhere Birds of a Feather is ready to change your riding forever.

With a medium flex that's easy to turn and an elongated effective edge ready to carve up the slopes, this hybrid-camber, all-terrain destroyer has inspired countless knockoffs chasing its success. Such emulation comes with the territory given that the Birds of a Feather has won every major design award in the industry. With an all-new Dual Blaster V2 Core™ and eight standard-width sizes to choose from, the Birds of a Feather now breaks down industry barriers with a Women's dedicated wide offering and is ready to take your snowboarding to new heights.

Blended Radial Sidecut – Sidecut that features a single radius arc through the midsection of the board combined with a custom designed blend zone at the contact points. Varying the length of these blend zones and tailoring them specifically for certain aspects of riding greatly improves a board's performance. 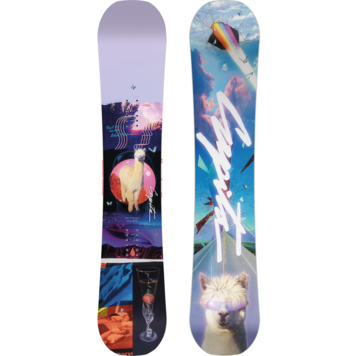 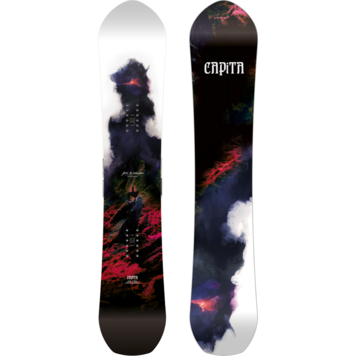